In HONOR of Those Who Serve ~ A Memorial Day Tribute

On April 4, 2012 we lost one of our community’s own, according to The Columbus Dispatch obituary, “due to combat injuries sustained in Afghanistan. He was assigned to the 1st Battalion, 148th Infantry Regiment of the 37th Infantry Brigade Combat Team.”  He was only 36 years old, and left behind a wife and two darling little girls, as well as his mother, father and step-mother, and a brother, among others.
He was buried in the cemetery near his home, and our son’s and DIL’s home, and when we learned of the opportunity to pay our respects, I,  along with our son and DIL, and their three children (the youngest was born two days earlier), walked over to the cemetery.

We took the opportunity to teach them about the flag and love of country, (though the lesson of the correct hand was yet to be learned).

Interesting fact:  Though often referred to as a 21-gun salute, according to various sources, at a military funeral the three rifle volleys are not considered a salute.
From http://usmilitary.about.com/od/theorderlyroom/f/funeralhonors.htm:  At military funerals, one often sees three volleys of shots fired in honor of the deceased veteran. This is often mistaken by the laymen as a 21-gun salute, although it is entirely different (in the military, a "gun" is a large-calibered weapon. The three volleys are fired from "rifles," not "guns." Therefore, the three volleys isn't any kind of "gun salute," at all)…[It is] simply three rifle volleys fired. The firing team can consist of any number, but one usually sees a team of eight, with a noncommissioned officer in charge of the firing detail. Whether the team consists of three or eight, or ten, each member fires three times (three volleys).
The three volleys comes from an old battlefield custom. The two warring sides would cease hostilities to clear their dead from the battlefield, and the firing of three volleys meant that the dead had been properly cared for and the side was ready to resume the battle.
The flag detail often slips three shell-casings into the folded flag before presenting the flag to the family. Each casing represents one volley.

The Riderless Horse
One of the oldest and most evocative of military traditions in a full honor funeral is that of the riderless, caparisoned horse. The horse is led behind the caisson wearing an empty saddle with the riders boots reversed in the stirrups. This indicates the warrior will never ride again.  Tradition allows a caparisoned horse to follow the casket at any Army or Marine Corps commissioned officer in the rank colonel or above. Presidents of our nation, as Commander in Chief, are accorded the same honor.  From: http://www.army.mil/info/organization/unitsandcommands/commandstructure/theoldguard/specplt/caisson.htm 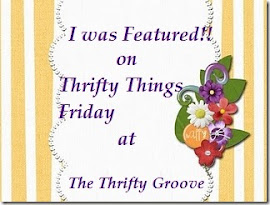 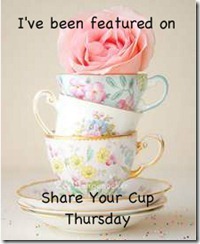 I invite you to follow me, and if you let me know you are, I'll follow you back.

Copy the code below and add it to your sidebar for updates on my posts!

Enter your email to receive notification of my new posts:

Friends' Posts Not to be Missed